Virtual Reality – Why This Time Is Different 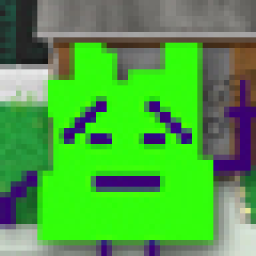 Let’s start with a quick primer on the history of VR. VR was created in 1965 by Ivan Sutherland – he created the “Ultimate Display”, a device that could overlay wireframe interiors onto a room. The military was simultaneously researching and investing in VR’s potential for flight simulation and training.

The VR industry continued to develop over the next couple of decades, but appeal was limited to only the most ambitious engineers and early adapters due to the cost of components, and the computers that powered them. Even in the early 90’s, the price tag on a decent virtual reality device was over $50,000. The high cost of entry, of course, meant that it was still very much out of the question for the average consumer.

PALMER LUCKEY AND OCULUS RIFT CHANGE THE GAME
Fast-forward 40 years and Palmer Luckey (the inventor of the Oculus Rift) created his first VR prototype at age 18 in his parents basement. Luckey eventually developed the product that would come to be known as the Oculus Rift. Oculus has ushered in the current era of VR development and breathed new life into this promising technology.

The announcement of the Oculus was followed closely by tech insiders, developers, and early adopters, all of whom had been chomping at the bit to experience this new frontier in VR development. It wasn’t long before heavy-weights like Facebook, Google, and Samsung took notice and began investing heavily in VR with the hopes of producing the first consumer ready device. Facebook believes so strongly in the Oculus Rift that they acquired the company for $2 Billion in March of 2014. Facebook’s founder Mark Zuckerberg stated that he sees the acquisition as a “long-term bet on the future of computing.”

TODAY’S CHOICES FOR CONSUMERS
The current lineup of VR products run the gamut in terms of price and accessibility. You can get your feet wet with Google’s product (aptly named Cardboard). Cardboard is very inexpensive, roughly $20.00. It uses easy to obtain components like cardboard, biconvex lenses, a couple of magnets, Velcro, and a rubber band. Instead of a built-in display like the Oculus Rift, this product is powered by any Android phone running 4.1 or higher (just slide your phone into the “headset”). You assemble it all yourself, following Google’s step-by-step instructions with pictures.

The phone powers the entire experience with applications found in Google’s Cardboard app store). There are no external wires or clunky hardware to deal with… just the Cardboard case and your Android phone. At Primacy we recently built one to test out in house – the entire build took about 5 minutes from start to finish.

Facebook’s Oculus Rift
Given the current pace of innovation it’s a safe bet that both the hardware and software for Facebook’s Oculus technology will only get better in the months ahead. The consumer model, though not currently available, is expected to be released mid 2015. The developer model (DK2) costs $350 and comes loaded with a low latency display (the same used in the Samsung Galaxy Note 3). The display delivers a respectable 960×1080 resolution per eye with a 75Hz refresh rate. The unit also includes a gyroscope, accelerometer, magnometer and a near infrared camera for head and positional tracking. Applications are run on a computer which is connected directly to the headset via an HDMI and USB cable.

Samsung’s Gear VR Innovator Edition
Samsung saw an opportunity to jump into the VR mix and partnered with Oculus. They’ve produced a headset that looks like the most consumer-ready device to date. Samsung’s Gear VR Innovator Edition is exactly what you would expect from the established tech giant both in terms of quality and usability. It’s also the most expensive option, coming in at an msrp of $200 for the headset + $750 (off-contract) for the phone required to power it. Unlike Google’s Cardboard, the Gear VR only works with a Samsung Galaxy Note 4, so if you’re lucky enough to already own one you can save yourself a significant amount of money.

The headset itself is very well designed and quite intuitive. There’s a volume toggle, touchpad, and “back” button on the right side of the headset that can be used to easily navigate through VR experiences and applications. The top of the headset holds a focus wheel that is used to adjust the focus to optimal range for your eyes. Two straps hold the unit firmly on your head which seals your vision off from the outside world to improve the sense of immersion. Plus, the absence of any cables tethering you to a computer helps make the experience more enjoyable and portable.

There’s no need to take the unit off your head in order to download or switch applications… everything can be done through the Oculus Home menu or Samsung’s application library after the initial setup and configuration. There are a handful of interesting and useful apps included out of the box such as Oculus Cinema – for watching movies and videos in a virtual cinema, Oculus 360 Photos – for viewing panoramic photos, and Oculus 360 Videos – for viewing panoramic videos. Samsung also recently released a marketplace called Milk VR which is basically YouTube for VR.

THE DOWNSIDE – A CASE OF THE JUDDERS
We’ve found that many of the applications available now are graphics heavy and the experience can degrade quickly without a fairly good graphics card. It is worth noting that experiences involving 3D graphics and rapid motion can quickly become nauseating to some folks due to frame-rate or GPU restrictions and a phenomena known as “judder” (when the images become smeared, strobed or otherwise distorted), so it is really the responsibility of developers to create “comfortable” experiences which aim to minimize judder. Despite the drawbacks – when used in tandem with a computer that has a high end GPU, the result is a sense of immersion that 10 years ago would have seemed impossible. The Oculus developer site currently lists both a PC and Mobile SDK which include integrations for Unity and Unreal game engines. The PC SDK is intended for the Rift DK2 where-as the Mobile SDK is intended for Oculus powered devices which leverage mobile phones.

VR – THE FUTURE IS HERE (OR REALLY, REALLY CLOSE)
We’re just starting to crack the surface with VR. The emergence of panoramic video and photo is making it easy to “teleport” viewers to places they could never physically be.

Imagine a front row seat to watch your favorite band play live… with the freedom to look in any direction in real time. Imagine walking (literally… walking) through your favorite national park as if you were really there. Imagine sitting in a conference room half way around the world and interacting with others as if you were really there. These are just a few of the amazing applications that VR devices like the Oculus Rift enable. So stay tuned – if current progress is any indication, virtual reality is here to stay, and it’ll be invading your living room or office much sooner than you might think.

Please log in again. The login page will open in a new tab. After logging in you can close it and return to this page.