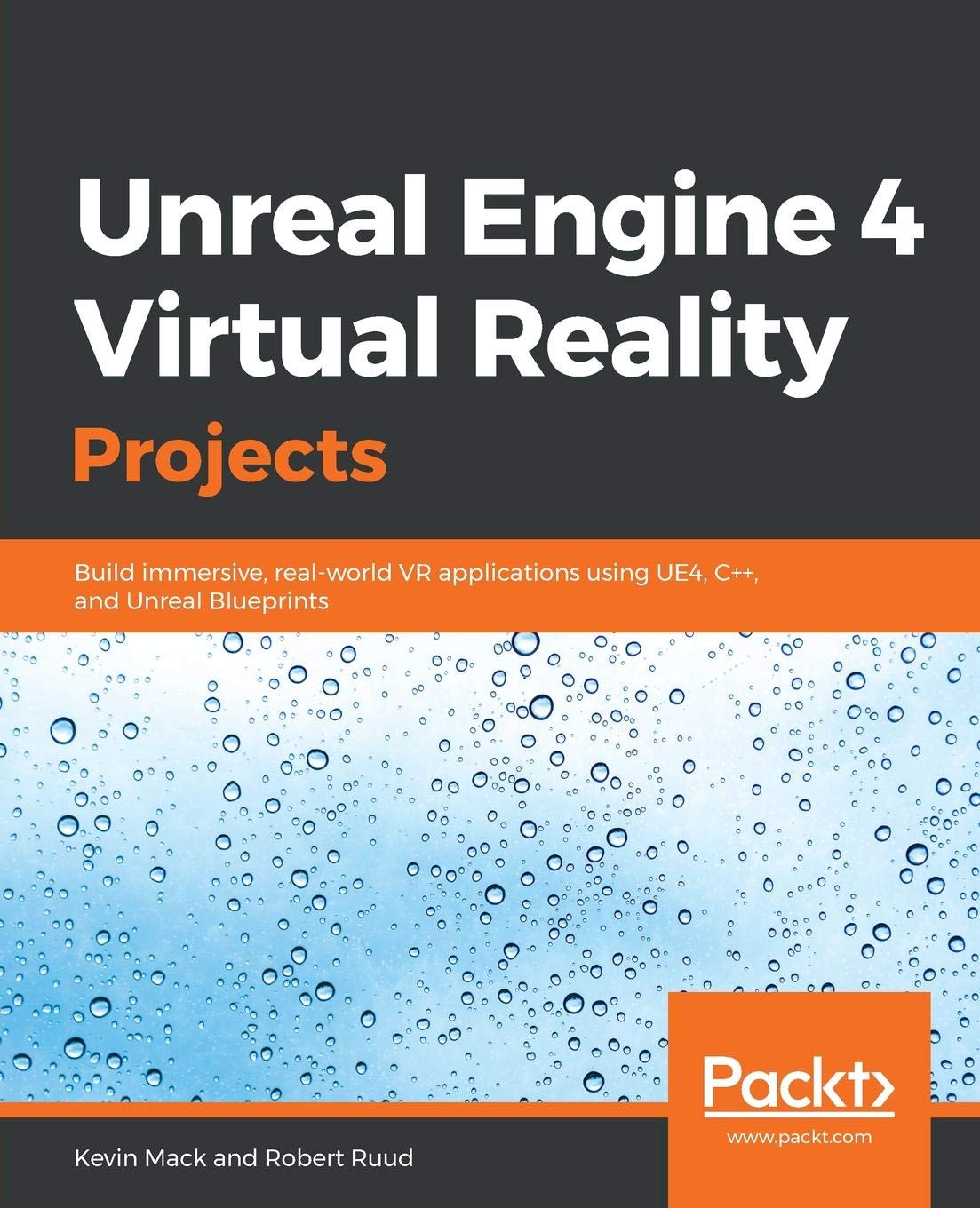 Learn to design and build Virtual Reality experiences, applications, and games in Unreal Engine 4 through a series of practical, hands-on projects that teach you to create controllable avatars, user interfaces, and more.

Unreal Engine 4 (UE4) is a powerful tool for developing VR games and applications. With its visual scripting language, Blueprint, and built-in support for all major VR headsets, it’s a perfect tool for designers, artists, and engineers to realize their visions in VR.

This book will guide you step-by-step through a series of projects that teach essential concepts and techniques for VR development in UE4. You will begin by learning how to think about (and design for) VR and then proceed to set up a development environment. A series of practical projects follows, taking you through essential VR concepts. Through these exercises, you’ll learn how to set up UE4 projects that run effectively in VR, how to build player locomotion schemes, and how to use hand controllers to interact with the world. You’ll then move on to create user interfaces in 3D space, use the editor’s VR mode to build environments directly in VR, and profile/optimize worlds you’ve built. Finally, you’ll explore more advanced topics, such as displaying stereo media in VR, networking in Unreal, and using plugins to extend the engine.

Throughout, this book focuses on creating a deeper understanding of why the relevant tools and techniques work as they do, so you can use the techniques and concepts learned here as a springboard for further learning and exploration in VR.

What you will learn

Who this book is for

This book is for anyone interested in learning to develop Virtual Reality games and applications using UE4. Developers new to UE4 will benefit from hands-on projects that guide readers through clearly-explained steps, while both new and experienced developers will learn crucial principles and techniques for VR development in UE4.