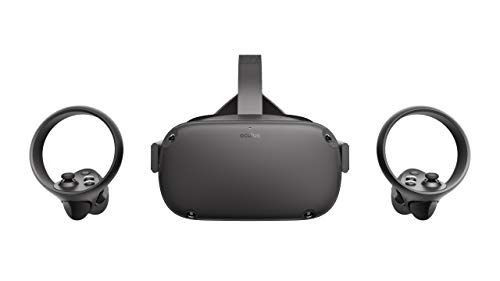 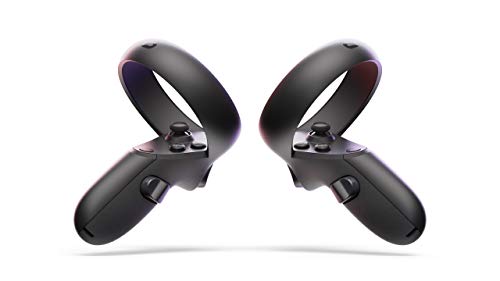 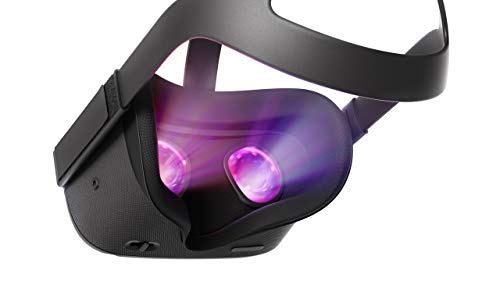 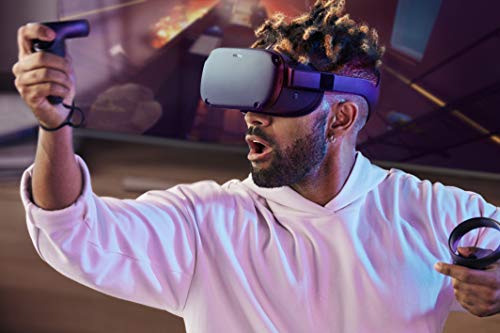 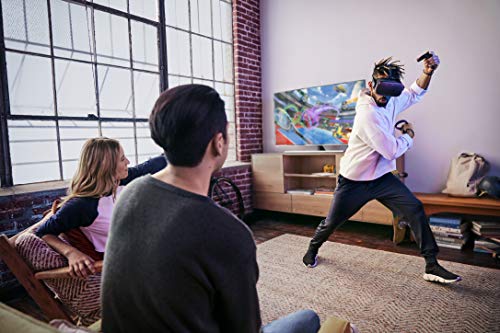 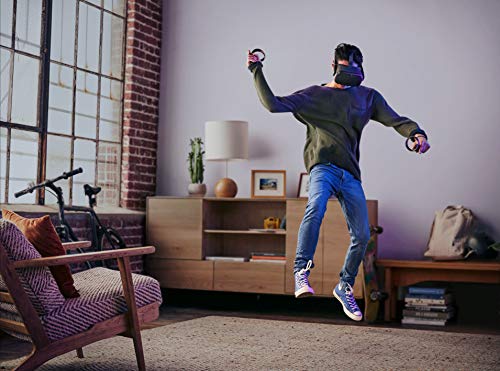 Oculus Quest is an all-in-one gaming system for virtual reality. No wires. No PC. Just set up with the Oculus mobile app, and you’re free to explore VR from almost anywhere. Sensors inside the headset precisely track your movements and instantly translate them into VR, while helping you steer clear of nearby objects. And with Oculus Touch controllers, your hands are in the game, so you can see your every gesture and feel the power of every impact. Take VR gaming to the next level. And everywhere else. Setup requires an iPhone(iOS 10 or higher) or Android(6.0 Marshmallow or higher) smartphone, the Oculus App (free download), 802.11 b/g/n wireless Internet access, and an Oculus account.

All-in-one VR: No PC. No wires. No limits. Oculus Quest is an all-in-one gaming system built for virtual reality. Now you can play almost anywhere with just a VR headset and controllers.
Oculus Touch Controllers: Arm yourself with the award-winning Oculus Touch controllers. Your slashes, throws and grabs appear in VR with intuitive, realistic precision, transporting your hands and gestures right into the game
Easy set up: The world is your arcade. Set up is easy whether you’re at home or someplace new. Oculus Quest works with your environment, so you can play standing or sitting in spaces big or small.
Incredible VR Games: Stop watching games and step into them. Whether you’re dodging spells or slashing through enemy hordes, you’ve never been this close to the action.
Guardian Helps Keep You Safe: Explore the universe without tripping over the coffee table. The Oculus Guardian system is designed to help you avoid nearby objects while you’re in-game.