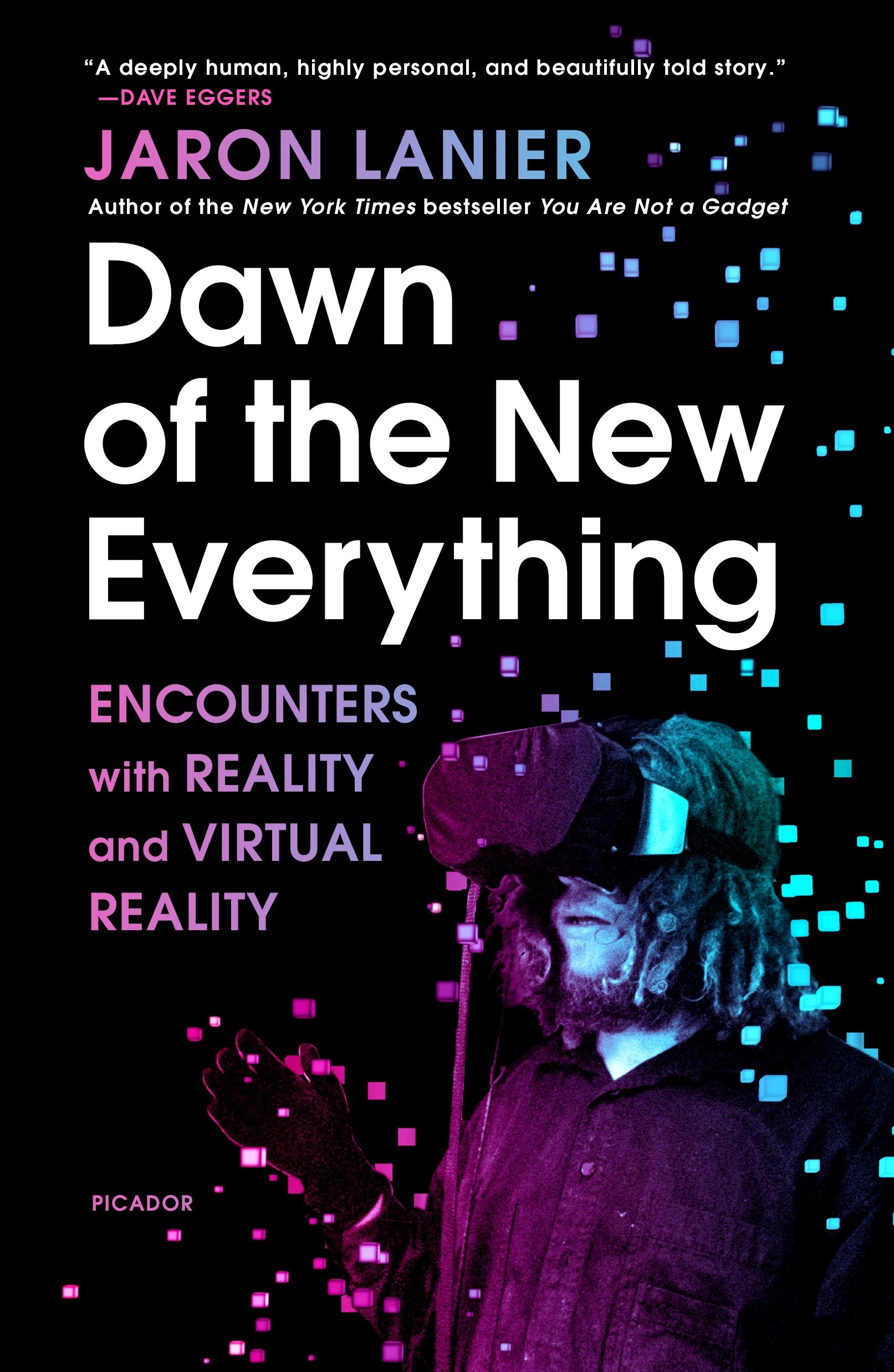 Named one of the best books of 2017 by The Economist, The Wall Street Journal, & Vox

Bridging the gap between tech mania and the experience of being inside the human body, Dawn of the New Everything is a look at what it means to be human at a moment of unprecedented technological possibility.

Through a fascinating look back over his life in technology, Jaron Lanier, an interdisciplinary scientist and father of the term “virtual reality,” exposes VR’s ability to illuminate and amplify our understanding of our species, and gives readers a new perspective on how the brain and body connect to the world. An inventive blend of autobiography, science writing, philosophy and advice, this book tells the wild story of his personal and professional life as a scientist, from his childhood in the UFO territory of New Mexico, to the loss of his mother, the founding of the first start-up, and finally becoming a world-renowned technological guru.

Understanding virtual reality as being both a scientific and cultural adventure, Lanier demonstrates it to be a humanistic setting for technology. While his previous books offered a more critical view of social media and other manifestations of technology, in this book he argues that virtual reality can actually make our lives richer and fuller.